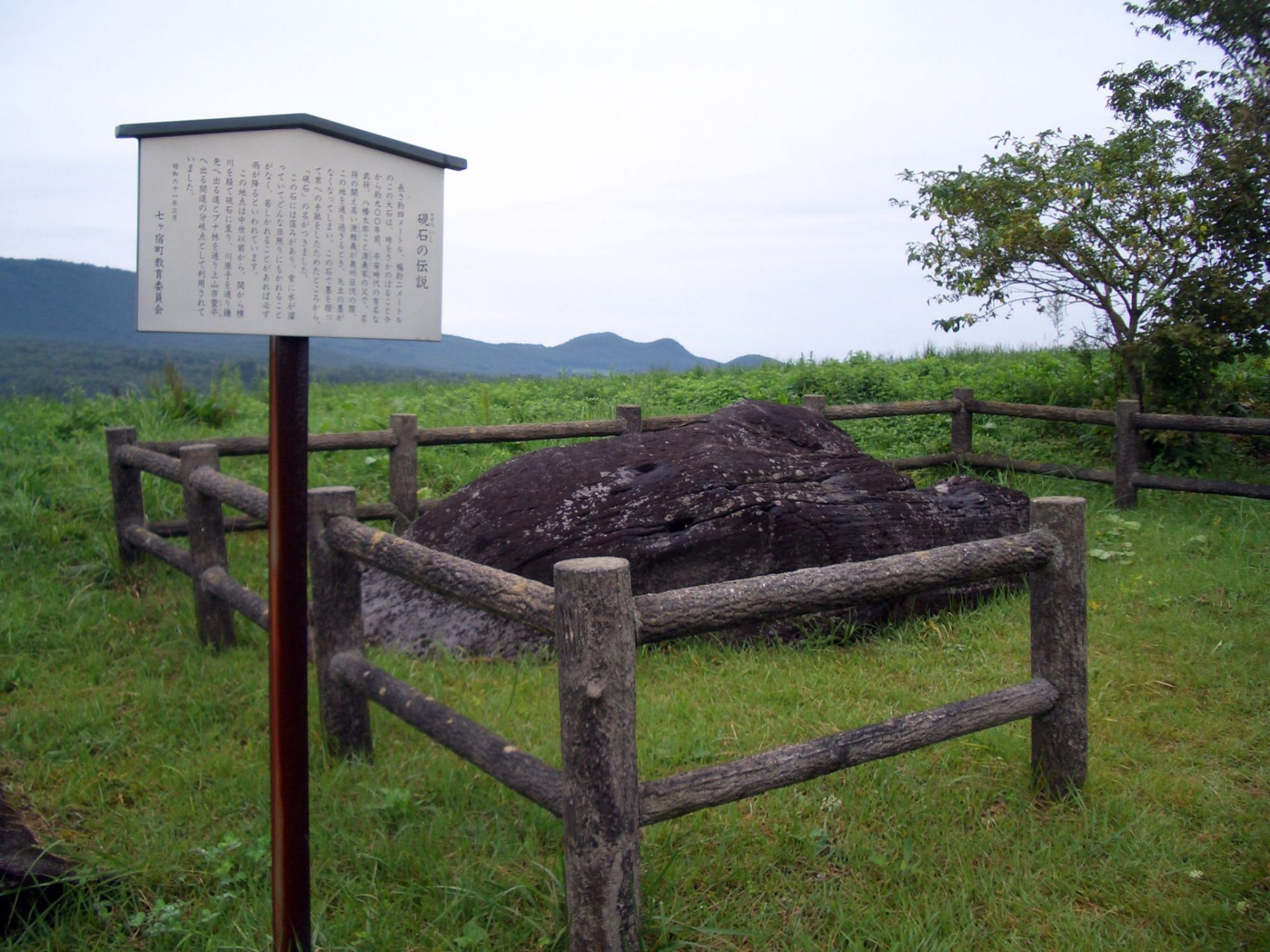 A strange stone that doesn't get degraded by the water.
With a length of 4m and width of 2m, this is a very big stone. In the Heisei Era when Minamoto Noyoriyoshi was aiming to defeat and conquer oushuu, he inked this stone with a message for his city, this man was minamoto yoshie's father, and the head of the minamoto clan. (The great grandfather of Yoritomo yoshitsune, even now, it is said that the water is not having any effect on the stone.