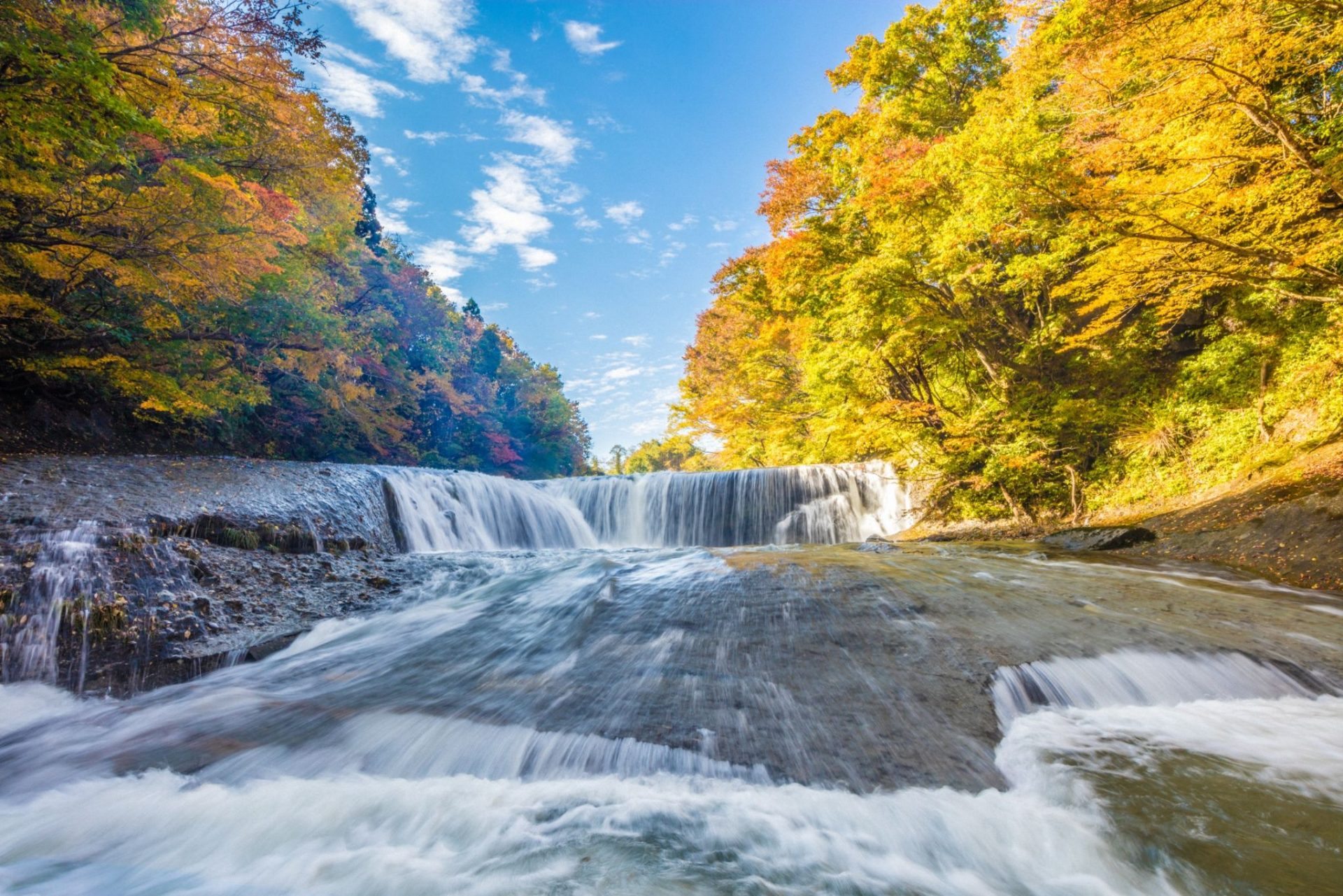 This 2-stage nametsu waterfall has an amazing sound! You can enjoy it alongside the trees.

With a height of 10m and a width of 30, this amazing waterfall has lots of water running down it, also called the "2-step waterfall", has a unique shape which causes people to stare whilst on their walks, with a thunderous roaring sound of water, it gives the sense that it is a living creature. There is a public path from the car park all the way to the waterfall, and if you descend the stairs, then you can see both the larger and smaller waterfall which used to be called male and female in the past, the nametoko which is where the waterfall got its name, is a tuff at the size of 100m squared, and the spiral form is splendid to look at, there is a waterfall viewing platform at the nearby "Jukunoshi Shichikashuku" where you can witness the waterfall from above. During autumn the colors are beautiful and the entire location is lit up.