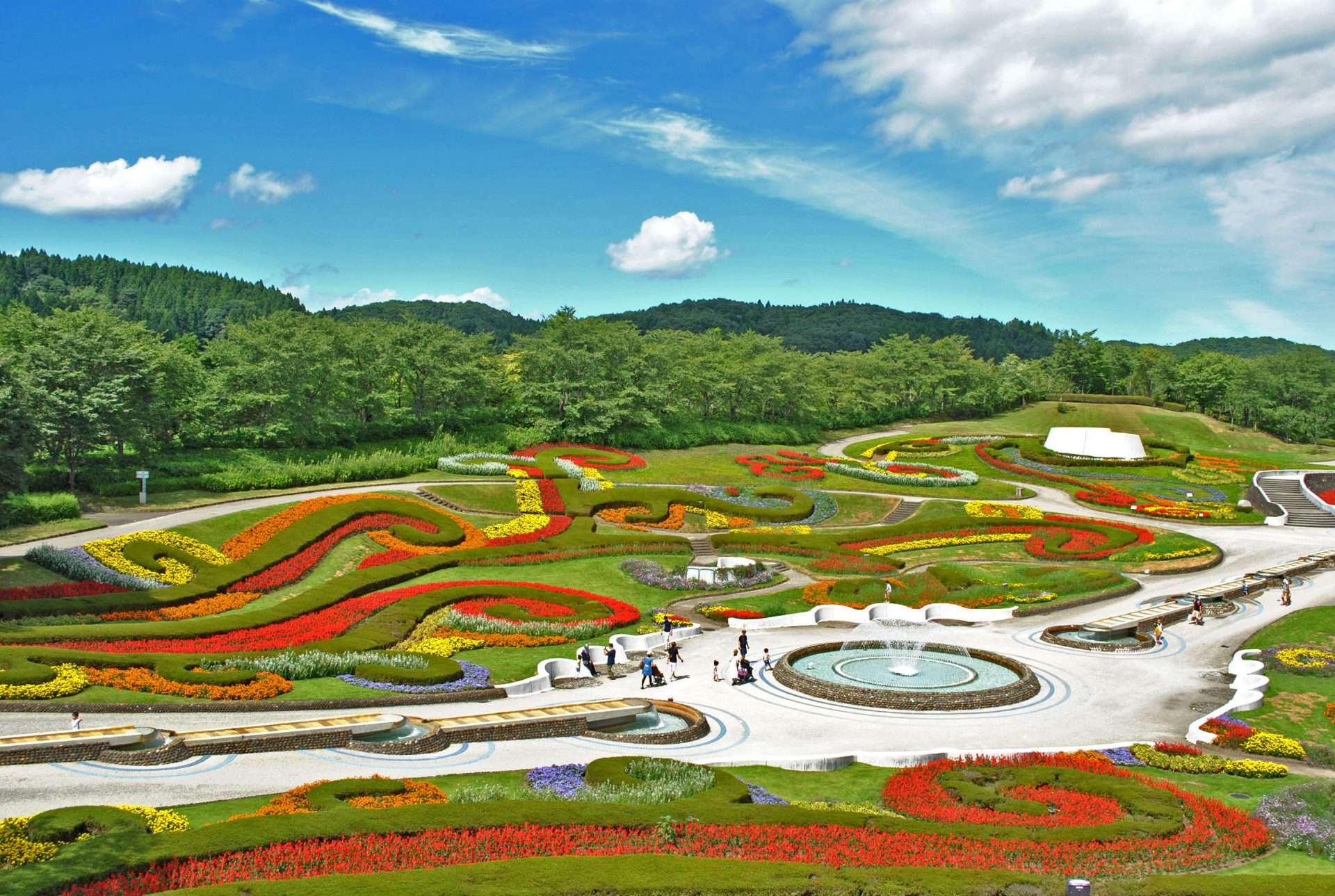 You can enjoy the park in all four seasons.

In the 55th year of the showa era, the entire country came together to start making a dam, After completing "Kamafusa Kohan Park" in the Miyagi Prefecture, there were multiple institutions created for things such as water and such, this new, healthy place full fo water and green was loves by a lot of people and soon became "Kamafusa Kohan Park", furthermore, it became one of the first parks in Tohoku to be run nationwide, "Kokuei Michinokumorinokohan Park" was partly opened in the first Heisei era year, in the 17th heisei year the southern section, 23rd the northern section, and in the 26th year the final area was completed and opened to the entire nation. "Michinoku Park" has received so much love from its visitors and has had over 700,000 customers, its one of the biggest players in tourism for Tohoku and received 1.5 million people in the 28th heisei year.