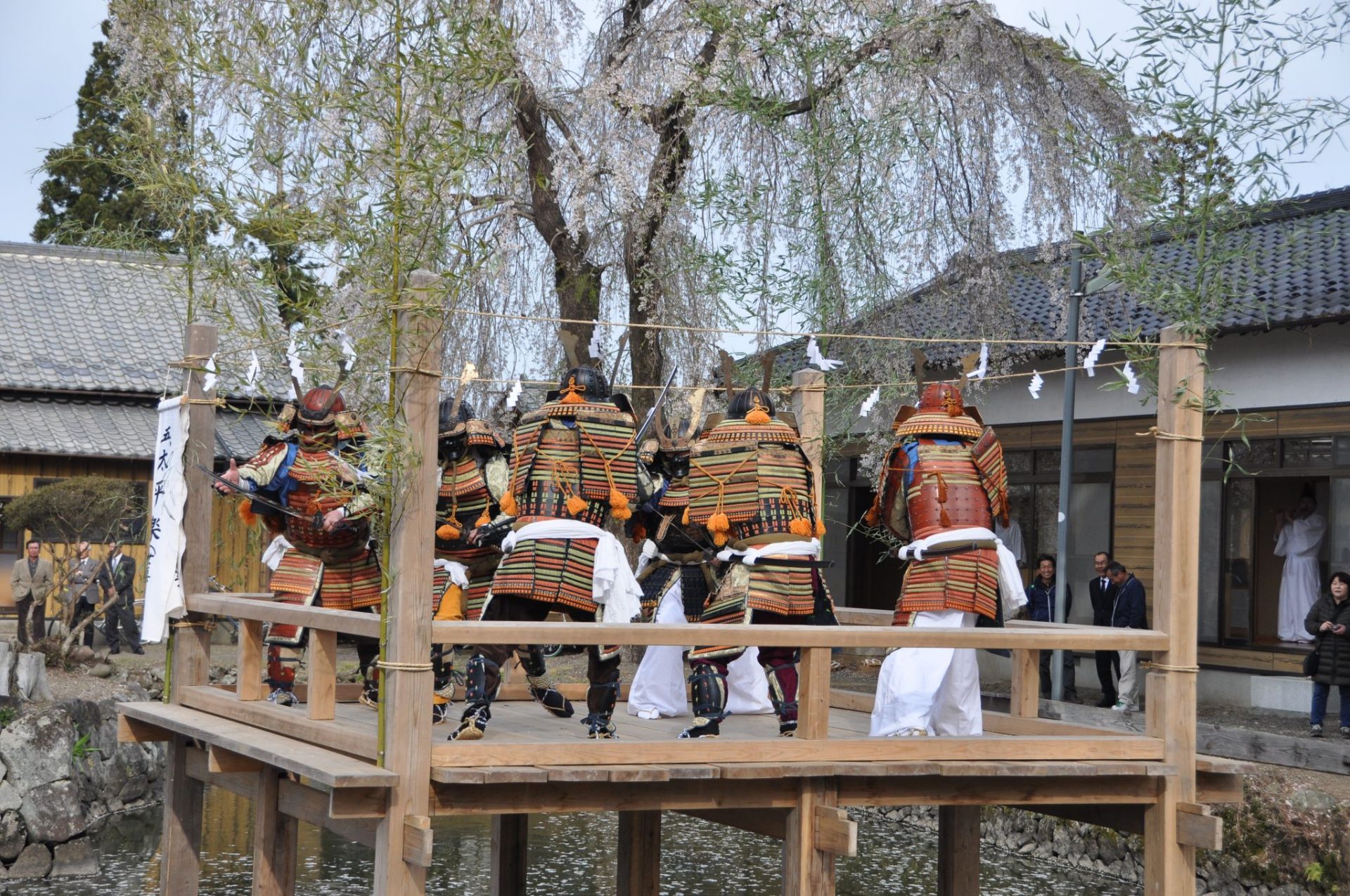 The inventor of Kagura was someone from the south of the prefecture in Sendai.

It is said that the origin for this happened in the years of 1185 and 1190, at the kagura hill where it was passed down. This Kagura was passed down to the southern side of the prefecture near Sendai. In current time, the procedure takes place on a stage above the pond, but in the past in the edo period, it would take place in front of the shrine itself, the current performance is the 13th, but there is an edited version called the "mikomai", which is currently recognized as a cultural property by the prefecture. In the spring festival of Kumanodo, after worshiping the 7 heads of the shrine come together to perform the dance on top of the stage placed on the pond, even now, they are protecting the tradition strictly.