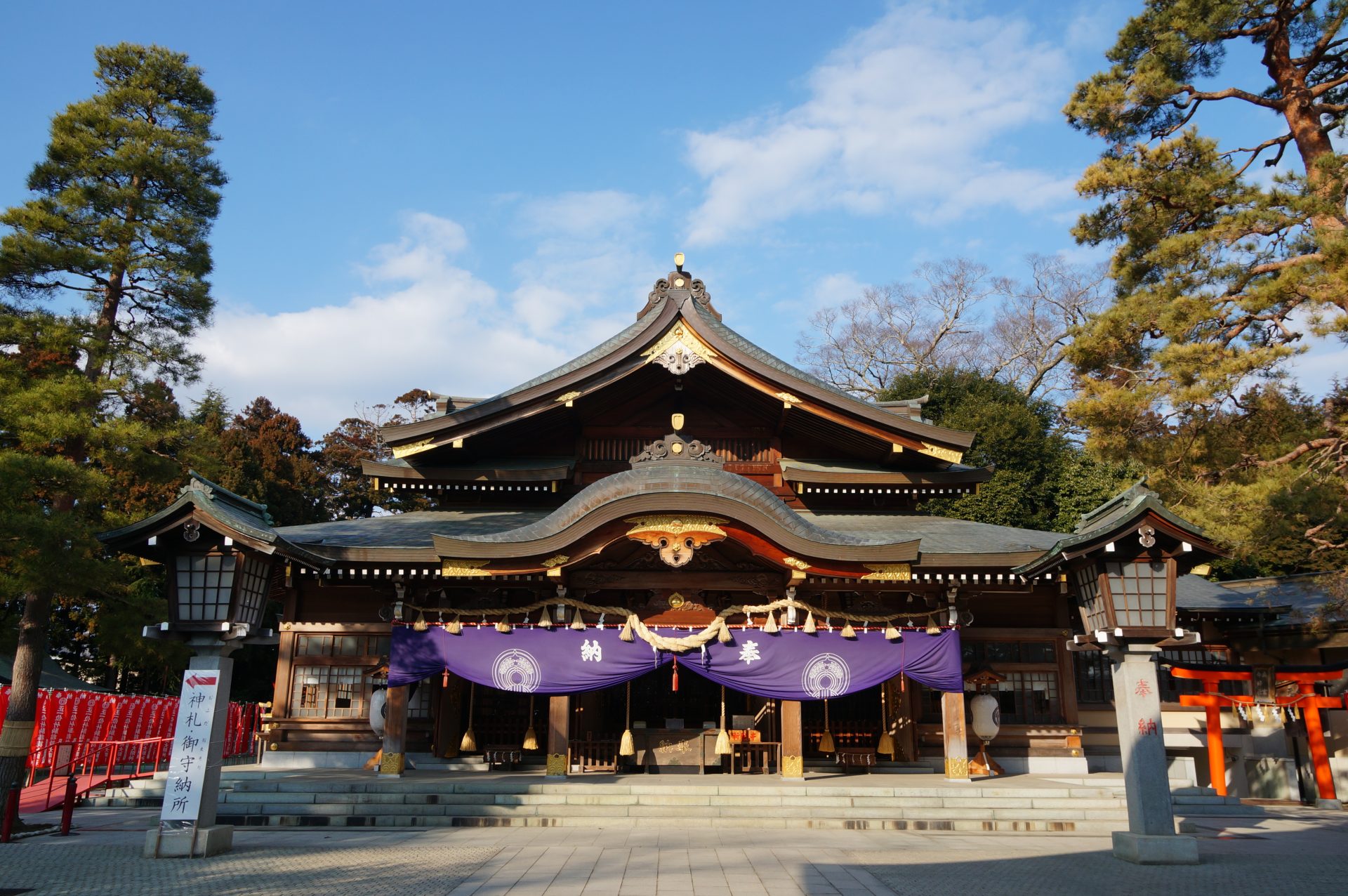 Japanese 3 inari gods, especially the first shrine visit of the year, every year in the 2nd month of the Japanese old lunisolar calendar, from the first day of the cow, there was a huge festival that lasted for 7 days where people from various prefecture all came to visit, it was very crowded.

In the year 842, Onotakamura, who was famous for the Ogura Anthology of One Hundred Tanka by One Hundred Poets went to Takashiro as Mutsonokami, when moving, he took Kyoto's fushimi Inari's bunrei and prayed for it, establishing a shrine. The great grandfather of datemasamunekou, tanemunekou as well as the sendai second daimyo tadamunekou, and the fifth daimyo yoshimurakou etc, protected the Datemasamune family history. It was said that this was one of Japan's three inari's, and devellopment was started, it is known to bring good crops and thriving business. Over a 1600000 people visited in one year.